I Am Complete-The Monster of Dread End 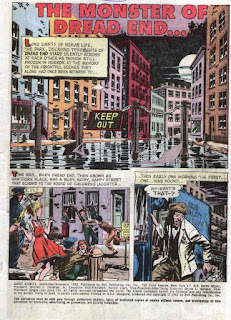 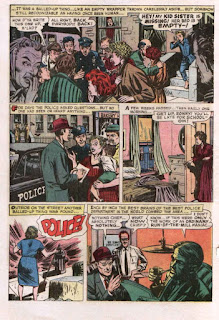 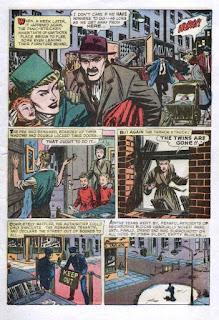 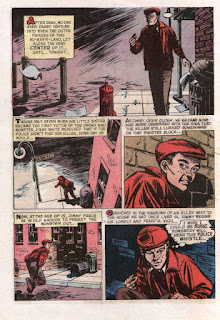 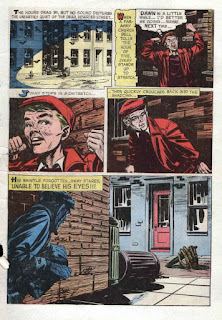 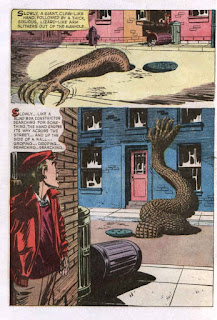 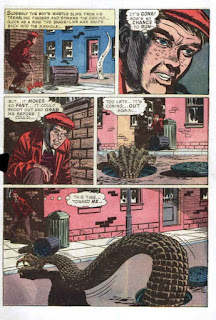 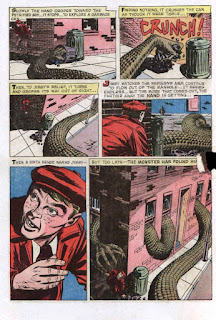 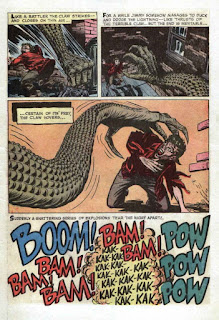 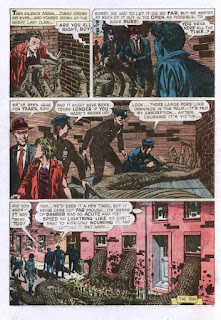 Back story. I was on a rare outing on my Dad's out of state "route" that took him from Oklahoma City to Wichita Falls Texas. I was about Nine and the only reason we were there is Westinghouse Elevators underwrote putting me, Mom, and baby brother Russell in a Motel while my Dad crunched on final installation and adjustment of an Elevator job.

That dusty, isolated Texas Motel was the center of the Universe for about a week. I did a lot of swimming in the dinky pool. And I also bought comic books. I'm sure I bought more than one, but I only remember this one. Because it was the creepiest, weirdest, scariest thing I had ever read. It has haunted me ever since. I don't think it even made the trip back home. My only memory of reading it was at the motel.

My additional impression was the comic was an odd never before seen publisher. And up until the past weekend I have never reconstructed who the publisher was or the title of the comic. It turns out I just wasn't man of the world enough at nine to know about Dell comics. Later I was sure it couldn't have been one of those friendly Dell comics I regularly saw on the stands.

So it was a lost, unreconstructible bit of trivia. Not enough data to track it down. Until I asked the fellow at Comics Ink if he knew of such a story. I described it as a "tentacle" that comes out of a manhole...He stops me right there. Saying that happens to be the owner of the stores favorite story. Call him later in the week. Today I learned the title, Ghost Stories Issue #1, THE MONSTER OF DREAD END published by Dell, written by John Stanley, famous for ....LITTLE LULU stories! .... and before an hour had passed, I had a nice bid for a copy on EBAY.

Then I find the story nicely detailed in the link above on Comic Book Resources by Scott Shaw, who also pronounces it, the scariest comic he has ever read. Great justification for my personal haunting.

How about that. I am now complete in a strange and hideously nerdy way. Even if I lose the Ebay bidding. (20 bucks max)

I now own TWO copies of the issue. Got for under 9 bucks.