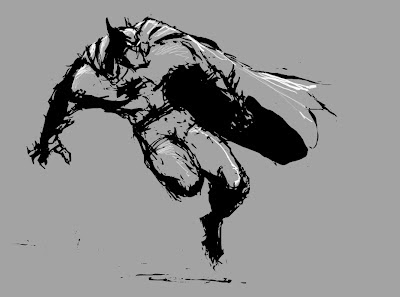 Before I sketch the next one , I experimented with the rough rough. 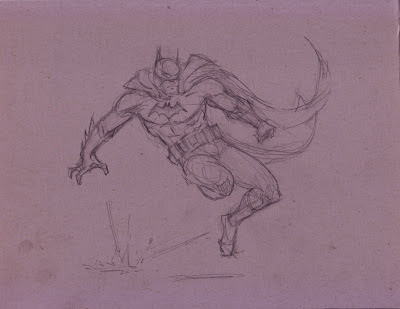 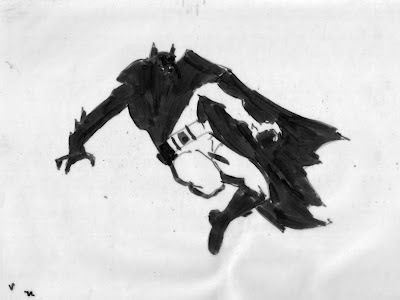 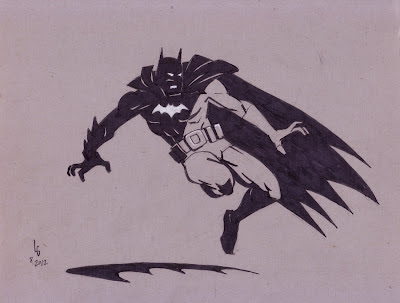 I'll ink this Tuesday and then I'll get back to the Kickstarter. 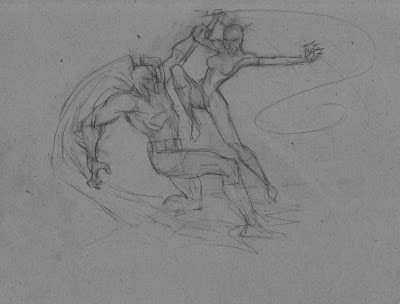 Now I have to re-draw the thing, lower it into a better part of the page and use these cuts and edits I did to it in photoshop. 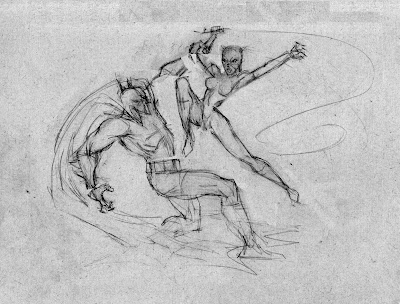 Got smart and printed the photoshopped revision onto vellum and then sketched into it. 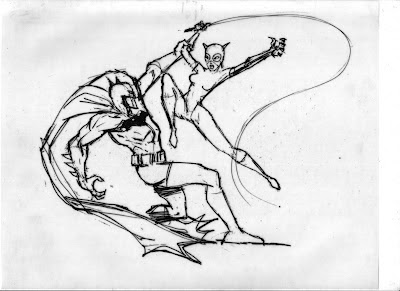 Then spotted balcks onto a sheet of vellum. 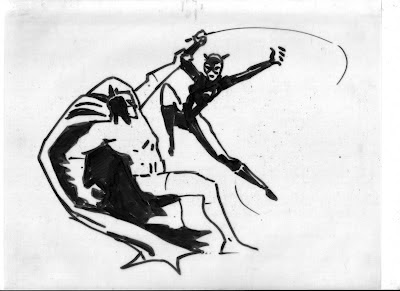 Got some extra ideas about the black by playing in photoshop 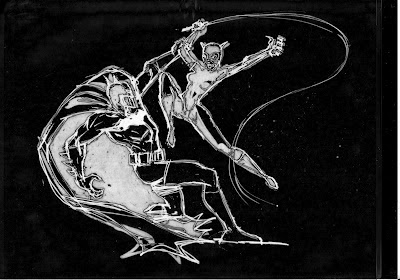 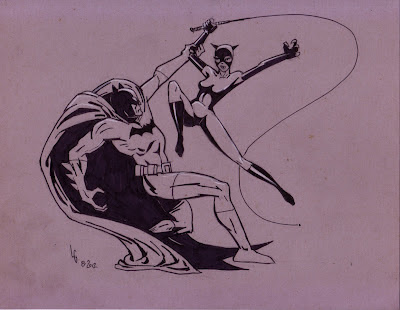 This just in: Trying to raise funds for another incredibly self serving cause - The Dream Arcade Machine. It's a fun cause, however. I've officially raised 4% in a day, just from three friends, and have another $100 waiting if I need it. If you have social media of your own, spreading the link outward ("going broad" or, eek!!, "viral" is as good (well, almost as good) as a donation. One reward so far. Donate $100 or more and you get an invite to the launch party at Sea World, admission / games to play / snacks / the park, all included.
Crowdfunding
Posted by MrGoodson2 at 12:36 PM 4 comments: Links to this post

Here is the preview page in its current state. I'll start on the video tomorrow. Lot of writing to do tonight. Someone else posted a link to their project, I investigated, discovered doing this was easier than installing software. 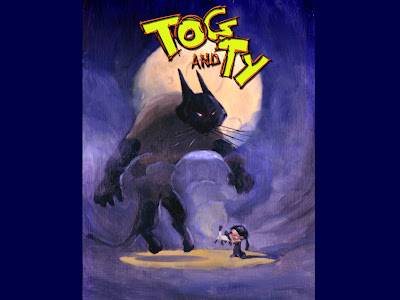 Link to the first Mad Magazine in PDF form/* I was trying to get a rough pass at sound files for thepitch video. Using the Vado to record. The mic is on the side recording of course. It recorded this grainy image. Something I will definitely have to suppress. What I look like these days. If you waste much time browsing through Tumblr check out the Rubberhoseanimation account.
Posted by MrGoodson2 at 9:22 PM 3 comments: Links to this post

The Game I worked on is out

I just got notification that this thing was launched last week. Here's some screen grabs
http://jabbersmack.com/#/
brands 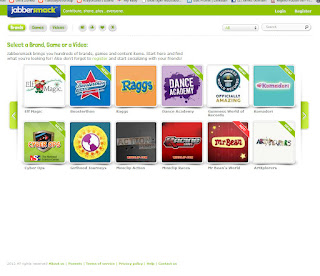 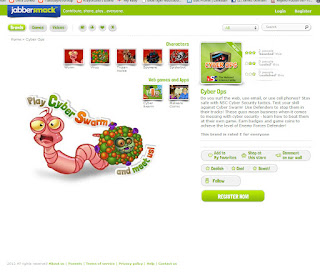 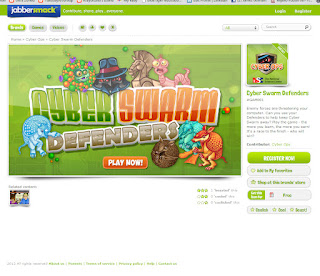 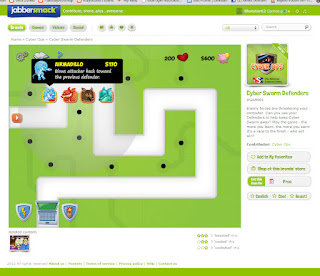 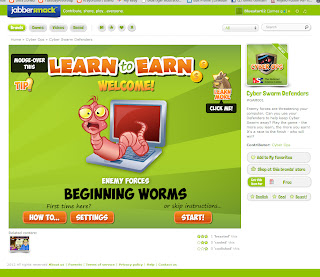 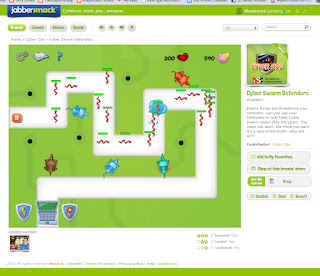 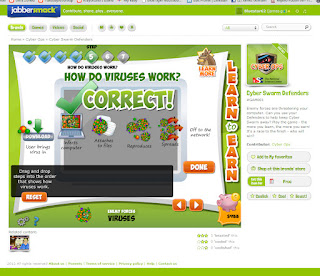 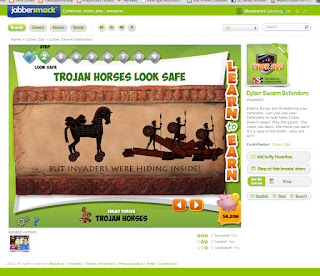 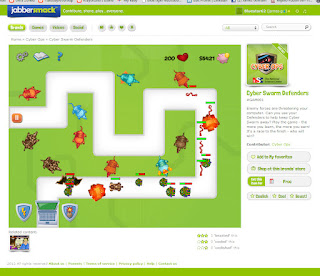 This may be the only item I have that actually causes bidding to occur. Shel gave me most of these. I wasn't into Program collecting until after 86. 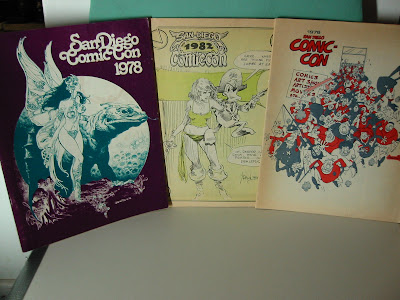 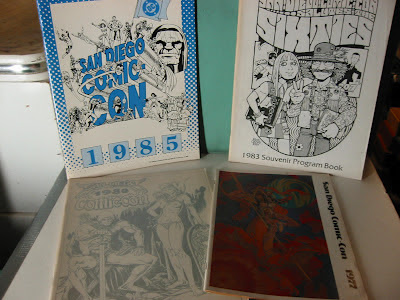 Posted by MrGoodson2 at 5:59 PM 2 comments: Links to this post

Who died today. I'm sure you all know.

Actually not too wild about the covers they picked. He did better on almost any Sgt Rock you could pick. Testimonial has been a little Sgt Rock heavy. I've noticed people trying to get that unskewed. For me he was Hawkman and Sgt Rock.
Posted by MrGoodson2 at 9:17 PM 6 comments: Links to this post

I'll add the link to the auction once I start it. Spent 6 hours last night prepping for my next big auction hell.
Posted by MrGoodson2 at 12:22 PM 2 comments: Links to this post

Posted by MrGoodson2 at 3:02 PM No comments: Links to this post

It's weird saying I have a weekend. (UPADATE)

Well it's been 2 weeks, put in for my first paycheck. Job isn't what I expected at all...very LOW end but I'm paid well. Can't put much longevity here because there isn't any. Thing ends in March but there might be work elsewhere in the company by then so I'll just have to hold out until then, if not I'll go back to collecting UI and try to find something else. Good thing about this is I will have a recent GOV clearance which will make be far more marketable in the fed contractor community. So I'll just see, first order of business is to get the last bit of debt out of the way and take advantage of the medical insurance to try and get as much as I can afford done before seven months are up. Plus finalizing and selling off the last of my auction junk and upgrading some memory and software for my CPU. Then I should be Ok. My art store gig went down the drain as well as my under the table odd jobs. Just couldn't do them with a weekday gig. Oh well. I'm also looking at taking a oil painting class in Oct.

Finished my first week. Real hectic. Still some issues to resolve with fedgov paperwork...so it's still not in the bag until it's approved and finalized. Then I can say I've got a REAL job. but it should come through next week, fingers crossed. Anyway from what I can tell is I'm a department of ONE. Lone graphics guy answerable to the top officer. No over-lording managers, No other artists to manage, no corporate nit pickers. I answer to the one guy and what ever he tasks me with. It's weird saying have a nice weekend to others around you. Is this the light at the end of the tunnel? I surely hope. :)
Posted by MrGoodson2 at 7:22 PM 8 comments: Links to this post