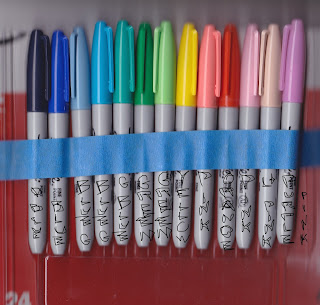 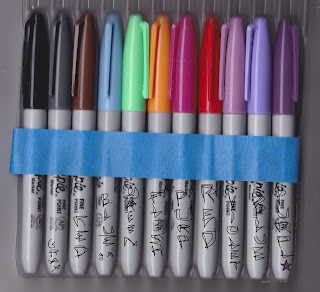 So I paid 18 bucks for these sharpies.
But before I can use them I need to sample the cap color so I know what the hell color I am using. Then use that blue masking tape holding the markers in alignment to make a cigar ring on the marker so I can write the color on it.
So I don't make bright green instead of yellow super heroes.

I've marked them up.
Now I'll put them in different cups.
Way too much pink for my 18 bucks.
I'll use it to blend a bit on some warm stuff.

Feel free to tell me where it is all wrong.
If you can read it.
Posted by MrGoodson2 at 6:45 PM 1 comment:

Bonus thread item
SketchUp used as art aid.
Super rough, then I made a grid to match parts, then I moved other parts to better match the grid. Then I'll light table. Got three to do. Moon colony type cityscapes. 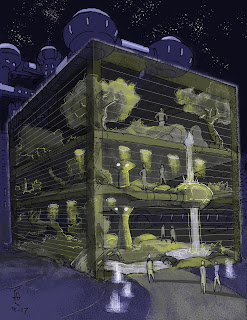 I worked awfully hard on this to have it be this yuck.
But I need to move on to the Marvel card project. 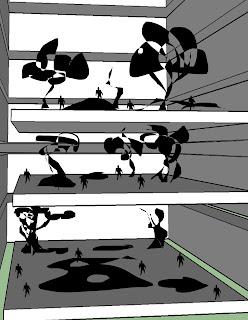 3rd time is the charm.
Communication breakdown of sorts.
Never having the space scale and setting firmly in my mind. 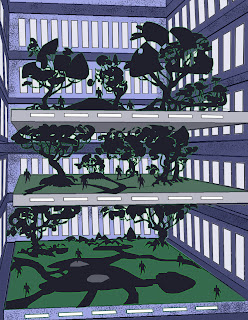 The big deal was I never conveyed the space was entirely enclosed.
We'll see if this one works.
He's ready to pass his deadline on it and just forget this one. 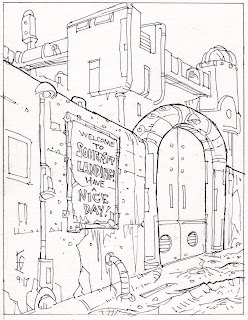 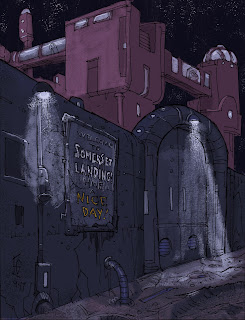 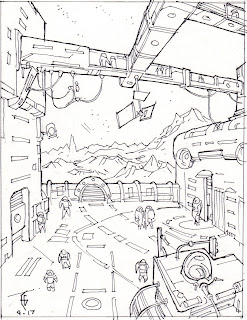 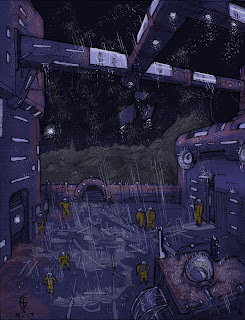 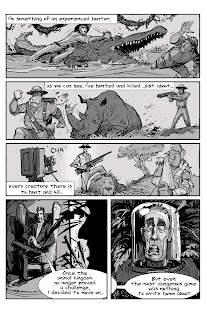 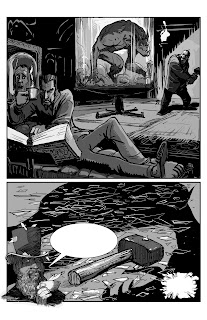 Kickstarter for the issue I am in is about to commence.
I look forward to having this thing in my hands.
My Bernie Wrightson moment has arrived 40 years late.
Posted by MrGoodson2 at 11:01 PM No comments:

I'll be doing some Upper Deck art.
The original sketch cards that get done and inserted as bonuses in sealed boxes.
No NDA yet but I've been told not to yack it up or provide details so I won't.
I look at what there is of this school of art and it tends to be a bit amateur hour.
I'll do my best and hopefully get some keepers as portfolio items.
The pay is nothing enviable.
They send the paper, just like doing comics. 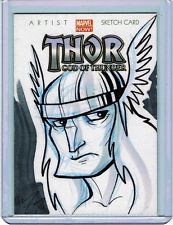 example of what I'm talking about 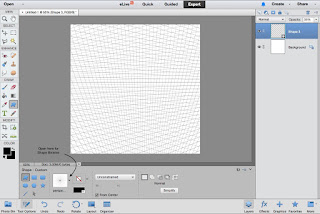 Added this to show Tom Moon that I created one of my grids in Elements.

SketchUp and a Custom Shape for grids 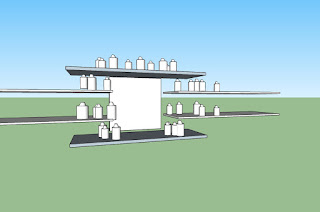 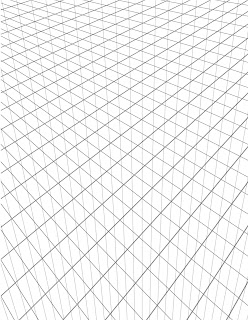 Following this tutorial on youtube
I created a custom shape.
A 360 degree star that really makes great grids.
The lower grid is for a fantastic underwater city.
Updates later. Even if it doesn't turn out fantastic.

Tumblr post where I also talk about the shape tool. 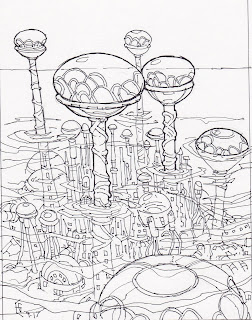 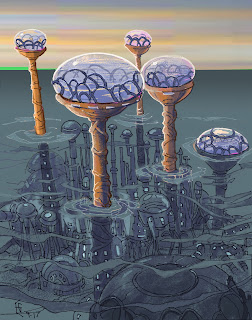 Bah. I could not do it all digital.
It just went too far south as far as I could bear.
Traced it to clean it for clarity.
Also of note, I changed grids. It needed a horizon line.
The complete top down was very blah.
Final color version misses grand scale by a mile.
But I hit a mental cut off point for hours spent.
Have I mentioned before I make 40 bucks apiece on these? 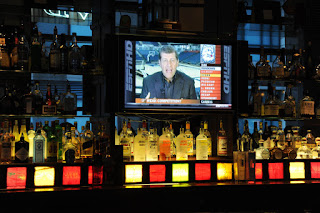 And as far as using my sketchup help for the bar scene,
Not when I luck into the perfect ref by googling. Color scheme and all. 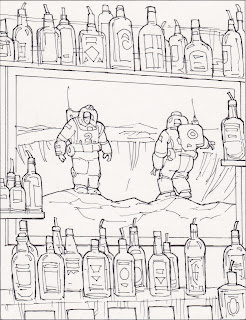 Hopefully I get color done on both by no later than Tuesday. 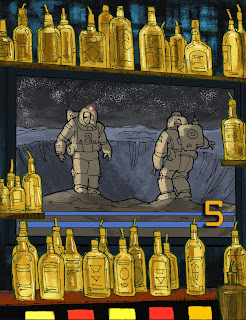