Even better the 3rd time.

Went and saw Avengers today for the 3rd time. (Used AMC passes I've been saving). Just as fun as the first time. Unlike MIB3 which was a VERY tired mess compared to the last 2 films, which is disappointing. It had little moments but everybody just seemed like they were phoning it in. It had no POP like the previous films, which I watched back to back the night before. I really hoped with the time travel back to the late 60's thing would be cool. They just dropped the ball on lots of lost moments to make this really funny. Unfortunately Avengers didn't have the staying power as it got kicked to the curb by MIB3 at the box office. No sequel should be filmed 10 years apart from each other and in MIB3 it shows. Wait for Redbox release on this one. 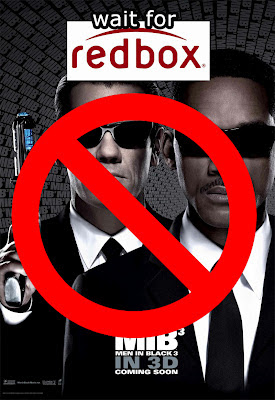 Jimmy, do us a MIB3 vs. Avengers drawing!