The Con was a major success from my standpoint as a vendor. I made some money and had a great bit of interaction with pure Okie Comic Book Fandom.
Someone complained about it being hot. The large room was hotter than the artist alley. Plus, we had cloud cover and a fairly pleasant temperature outdoors. If that sun had been streaming through the windows the same way we started the morning, it could have been an oven. So we lucked out.

The hardest thing for Buck at New World to duplicate next time will be the space. I called it a dilapidated vibe. A vintage office space with carpet and ceiling tore out, waiting for renovation for a new tenant, might be hard to come by for the next con.

The groovy little bar made me want to rent office space in the Paramount.

This was my impromptu signage at the con. My pricing for sketches. Sold a lot of index card sketches. Ones I was producing for fun. Only had a couple of actual commissions. One commission from Josh Fearing of Captain Janeway. I did her phazer set to kill. 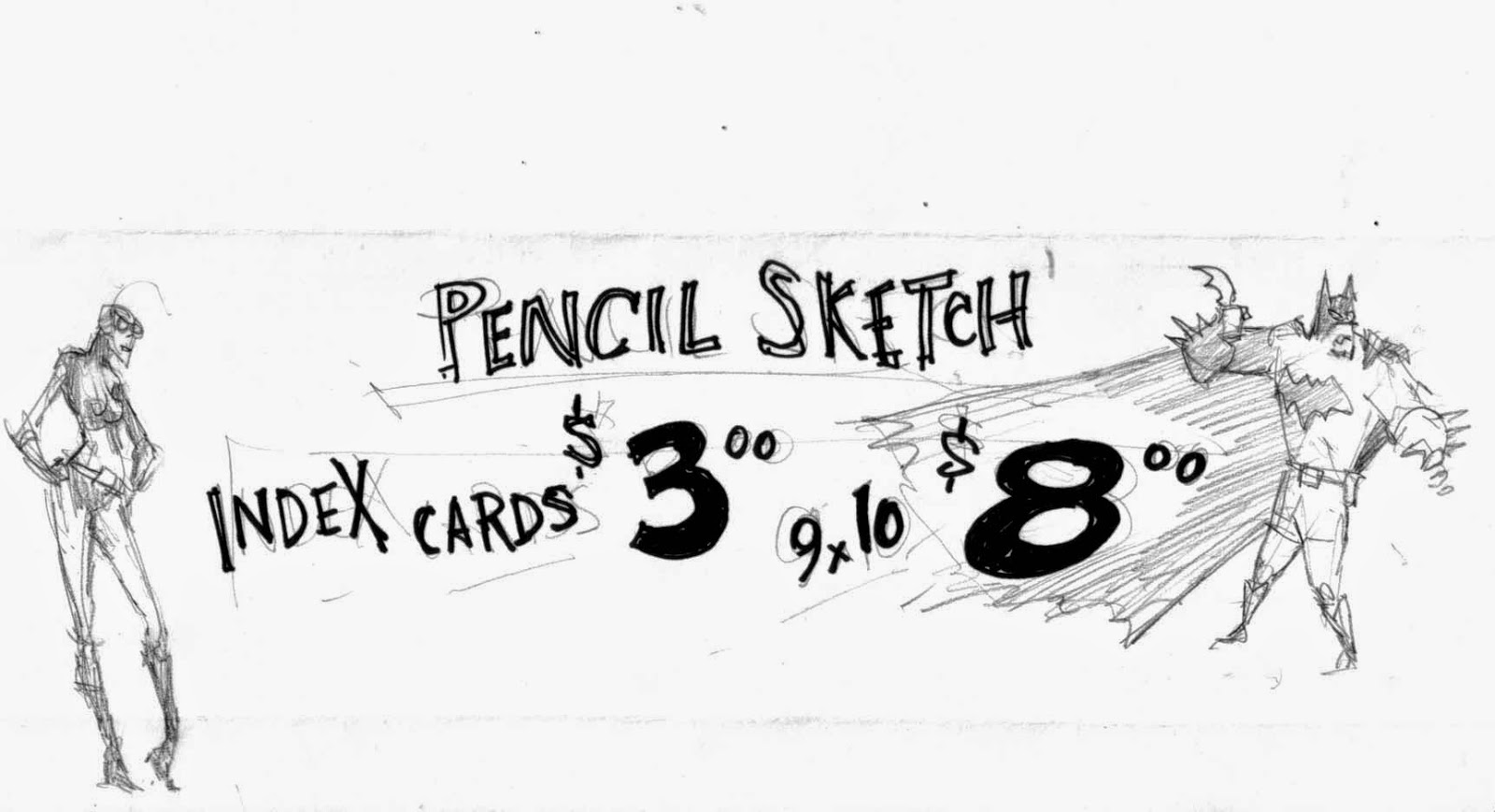 The sign for the sketches (with it's folded, free standing, design) was a magnet for every kid that was eye level to the table. They all had the same thought. That paper wants to be flat. And would press the sign back into its original flat state.