A Man and His Map

Elz, let me attempt to elevate our spirits with a humorous panel from my current work-in-progress.* 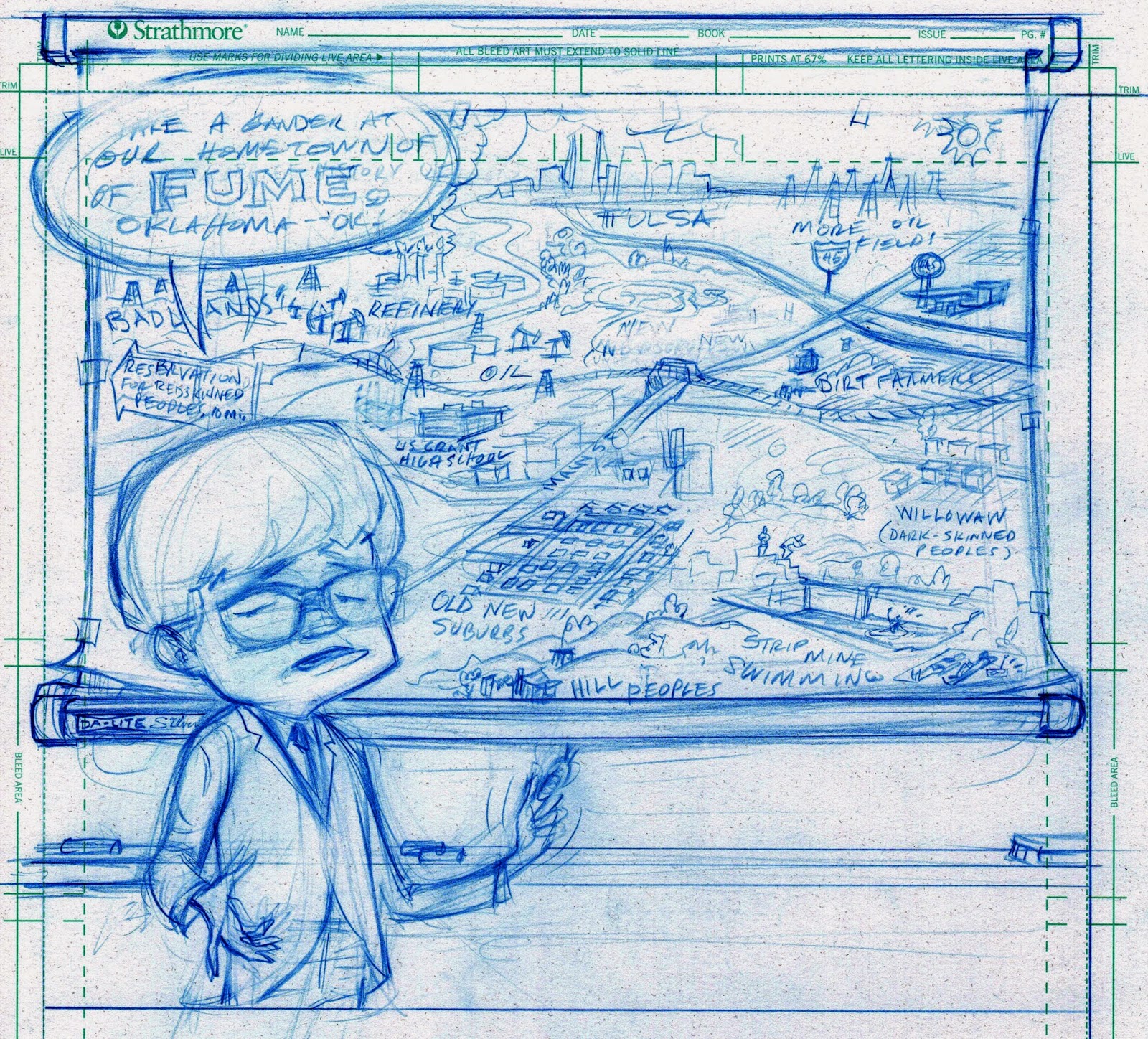 Ain't nothing gonna keep that Teen Ellis cat in the dumps!

I listened to the yr last guest spot on the "Better Than Fiction" podcast. Let me say again: THEY NEED MORE ELLIS. I had to back the "tape" up and call Blair over so she could hear yr explication on "Robinson Crusoe on Mars" for herself.

"...(He's) on Mars. Hasn't encountered any life whatsoever...(but) he's got this little monkey named Mona...who's obviously getting drinking water from somewhere. So he tracks Mona down to this big underground cavern where she's getting all her water, but as a bonus there's this aquatic plant Mona's also been eating. 'Hmmm, let me see that Mona,' cuts open a sample for himself, 'Yes, this is good," without even a little note that YOU'VE FOUND LIFE ON MARS--!! Up to this point Mars has been totally lifeless-- next second you're eating it."

You can't beat Goodson as raconteur.

*the town of Fume in no way resembles any real town, living or dead.
Posted by MrGoodson2 at 8:43 PM

Even in its sketchy state it's already hilarious.

Missing the stockyards and the holocaust of cattle death. Might well be the central component of the perfume of Fume.


Thanks for that transcription on the podcast. I'm not sure I talked those guys into seeing the movie. How can you not have seen Robinson Crusoe on Mars?

I'm going to get to work on that Trophy story today. And do a panel on each undone page. 4 pages - 4 panels. Try to momentum myself a bit for the 4 days of my work break.

Elz, I love it. Make the stuff!

...and thanks for the stockyard tip!!