Getting ready for ComicFest 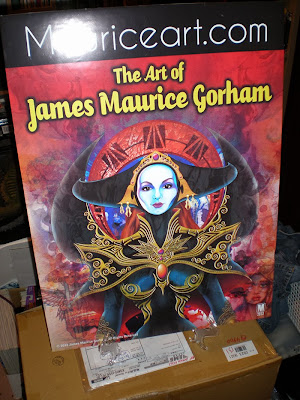 Getting ready for San Diego Comic Fest. Had to go with a table poster, couldn't get the retractable banner done in time so I improvised with this. Got a few prints to sell as well. Picking up my business cards later this morning. Hope people will take pity on this starving artist. I need to restock my Ramen noodle supply. LOL.  Also the final print. 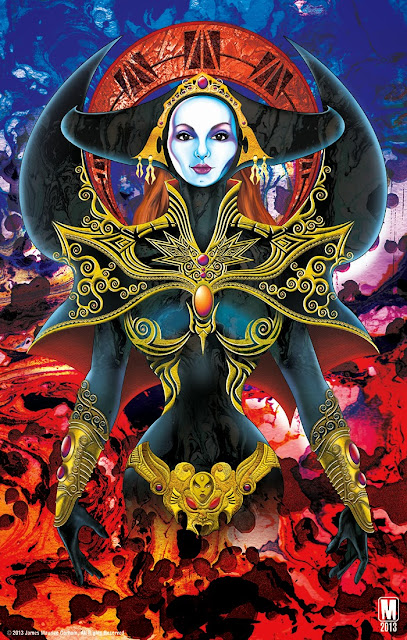 Nice. Enjoy that Comic Fest. Don't be too discouraged by the old baby boomer hippies not shelling out a lot of money. I think you have something here with mob appeal.

Everything looks terrific Jim. I hope you sell a ton.

Well, whats your definition of MOB appeal? I think the cross traffic will be way bigger than last year. If I can make $50 I'll be happy. Had another comment on FB about Blacklight Posters. There maybe something there in that.

Britney Spears, Miley Cyrus, All rappers- things that are large in appeal. That I can almost always do without. Mob appeal.

I may mob appeal myself into Gravity. Can't be too snooty about it.

We now need actual comic fest pictures. I want them here when I get back from Gravity- 6pm central time