Had a really fun time drawing at the San Diego Opera rehearsal last night. Scotty Buncake made an appearance, as did Eric Shannower--and I got to meet Batton Lash. I think we were the only four drawing....

I warmed up with pencil, then went to felt-tip marker. The markers were exciting, but a little overwhelming with so much going on. I felt like I was getting too involved with the drawings, not watching the people onstage enough. Switched back to pencil for this one here, which was my last sketch. I brought it home and colored it up with markers. I was kind of all over the place, but this one came out nice, I think. Tho' it looks too much like it was done from a photo (it wasn't!). 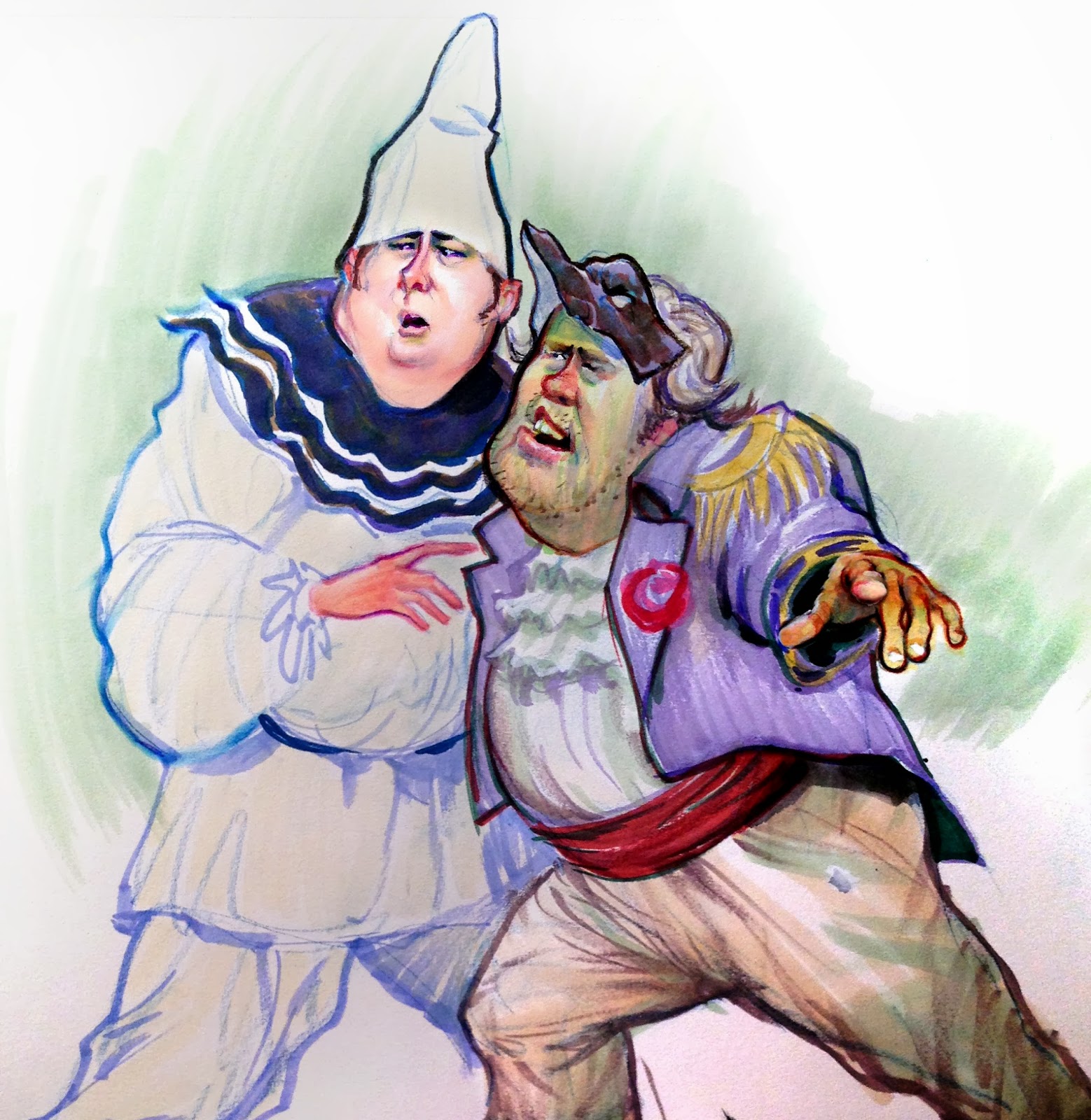 (Of course there's an evil hunchback involved...and clowns.) And we got not one, not two, but THREE opera laughs. Scotty said this was the thing he was hoping for most, so he left a happy customer.

I'm looking forward to drawing the next one (should happen this time next month).

And oh, yeah: before the opera I got to have Doritos and Pellegrino with Tom (and Patty) Moon, and pizza with Jimmy Gorham. TALK ABOUT YR BANNER DAY!
Posted by MrGoodson2 at 10:33 PM

Laugh, clown,
at your broken love!
Laugh at the grief that poisons your heart!

Great job. You spent just the right division of attention to drawing and action it looks like to me. All anyone cares about if you're task is drawing is if the drawing is good. Love the marker color.
The guy on the right looks like Emmet Walsh.
When you say it had three laughs, you mean where the singers laugh operatically, right? I love that too.

Jimmy, I didn't know you knew the lyrics...but please don't put on a clown costume and stab anyone!

Trust me, there are more laughs in yr life than in this opera.

And yes, El--the laughs were of the sing-songy, operatic type--to everyone's delight.

Wish you were out here to take a crack at sketching one of these rehearsals.

Did all of you show your work to the people there? I'll bet they loved it. Maybe one of the singers you draw will write you a fat check for your original drawing!