Kirby-Large Pencils. Auction of unpublished pages for The Prisoner 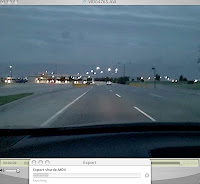 As soon as the video processes, I'll make an unlisted video of my new job.
This type will become the link. 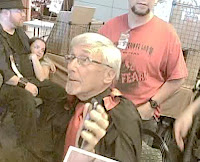 Friday- Sooner Con on Youtube
Posted by MrGoodson2 at 8:03 AM

What a great find! Too bad it's never been published. I looked at the "Bid History". The bid seems to jump suddenly at the very end from $6101 to $24,750 with the note (* next bid will hit the reserve), whatever that means. Is that because just before the auction closed, someone put in the true maximum of what he's willing to pay so no one can edge him out by a few bucks?

I googled "How many pages could Jack Kirby draw per day?" and got this from web site called Comic Book Resources.

"To find out for sure, I went to everyone’s favorite Jack Kirby expert, Mark Evanier, and here’s what he had to say:
'Jack often did more than three a day. During the 1963-1967 period, he often did five or six a day. His 1970 deal with DC required fifteen a week and he sometimes did twenty.' "

If Kirby could have earned that page rate while he was alive he could have made over a million dollars a year. Still not that astronomical when you consider what the superstars of other media make.

The Prisoner is my favorite TV series!
The original of course, not that remake they did a few years ago.

Ellis, you are a crack-up, filming your new job while you drive. I heard you utter the phrase, "This is distracted driving." Your video is in good company, sitting on the page with all the YouTube space shuttle videos.

Can't you use this experience as the basis for a new comic book, Elias Goodstar: Space Shuttle Jockey?

The potential for shoulder rolling adventure is why I took this job vs the Hobby Lobby frame department job.

Count Gregore is showing a picture of some cans of 3/4 tape he just discovered. May include complete episodes of his skits and the creature featured movie. Sleepwalker's Matinee was the Friday late night show I associate him with.

The Prisoner: Such a good series with such a bad ending. Tragic.

You wanted to know more. That's what they did perfectly. What the heck is going on with this place? Is there anyway to beat it? Are they the good guys or the bad guys? Can McGoohan win?
I don't remember the end. It was just some bloodless revelation wasn't it?
McGoohan just flipping them off, I win, don't cross me again.