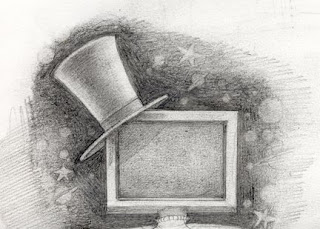 Last Comic Con I had a fellow stop by my table in Artist's Alley and he needed a 2nd issue of a comic book done for his company. We exchanged cards and I stayed in touch with him over the past six or seven months. Well, it seems like the comic is a go and I'm just waiting for the script to be finished. I'm going to do rough pencils and my friend Johnny B. Gerardy will do inks and embellishments. I'll probably do basic colors and lettering. It should be an experience! More details when the script and contract are done.
Here is a little doodle I was doing based on something from the past comic. Not very indicative of characters, story .... or anything. But hey, it's a Tuesday Art Group Posting!!
Posted by MrGoodson2 at 8:45 PM

Congrats on the comic gig! I'm sure we are all looking forward to the results

Key word that I always neglect, CONTRACT. Smart.
Sounds like a good project.
Scanning every single page of Deadbone Erotica and excavating lots of old art has me leaning into the idea of a comic project.
First I have to pay enough taxes to have bought that IMAC I wanted 3 times over.
Yay April 1st.

Very nice drawing. I like the stars and celestial objects in the background.