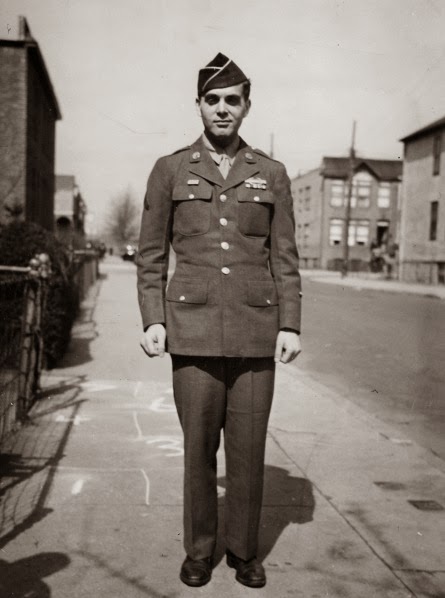 The caption reads "Jack Kirby comes home to Brighton Beach, Brooklyn in 1945." From this website

A man who lived it. Probably why his books were so dynamic. His combat experience made an impression.

The indignity of becoming a smear on the wall. Hit by the same blast in the street and waking up on the 4th floor of a building. He reports you hear nothing, know nothing.
The visual notes about a shell going off in the middle of a group, corpses maimed identically lying in a large circle.
Crazy stuff.
Then that other site telling that he was one of the guys that went through the freezing hell of the Battle of the Bulge.
What a man.