March Of The Robots Ranjo's doing it.
I'm going to do it.
It mentions being an instagram thing..
I can't do instagram so mine will be Tumblr posts. 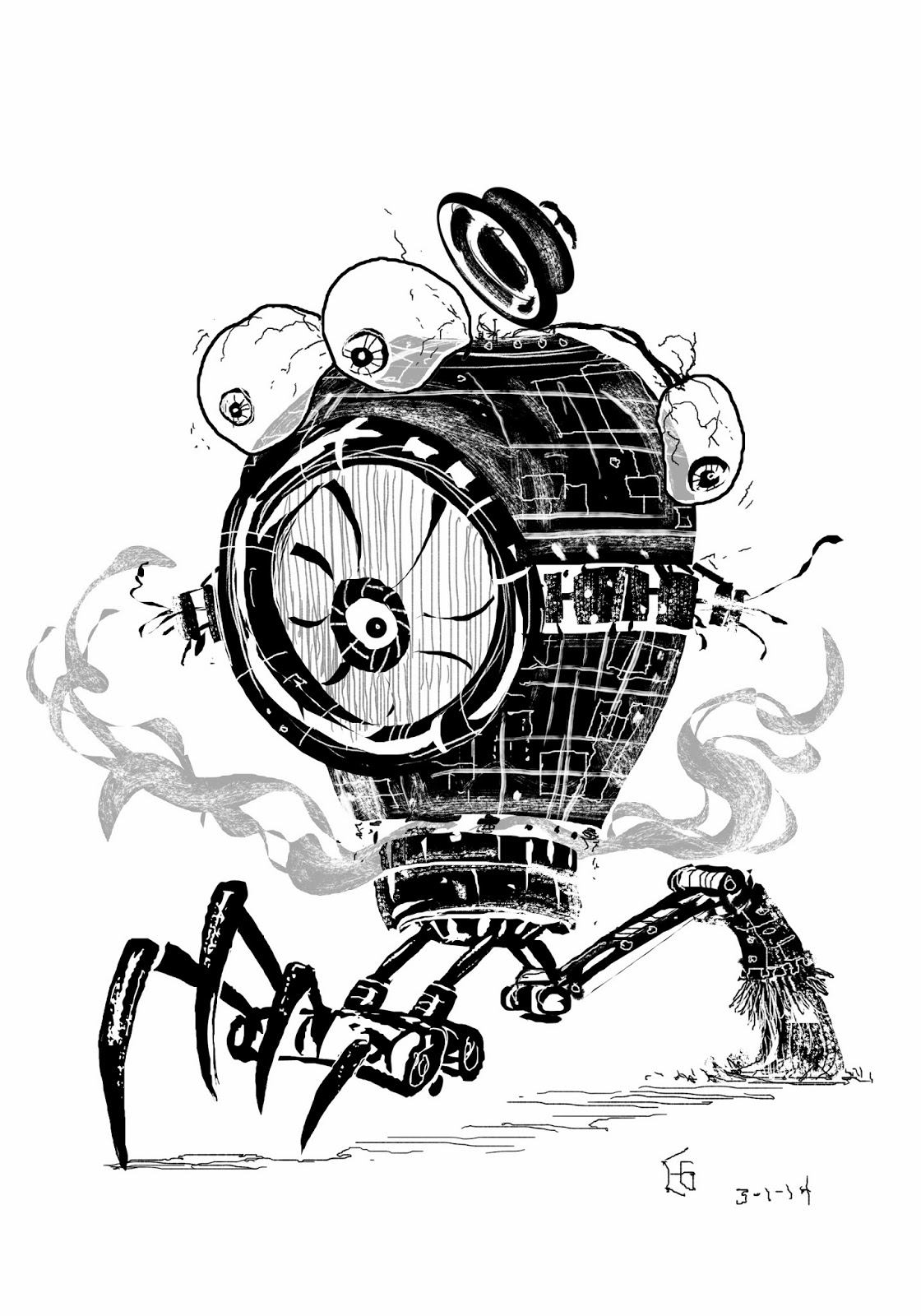 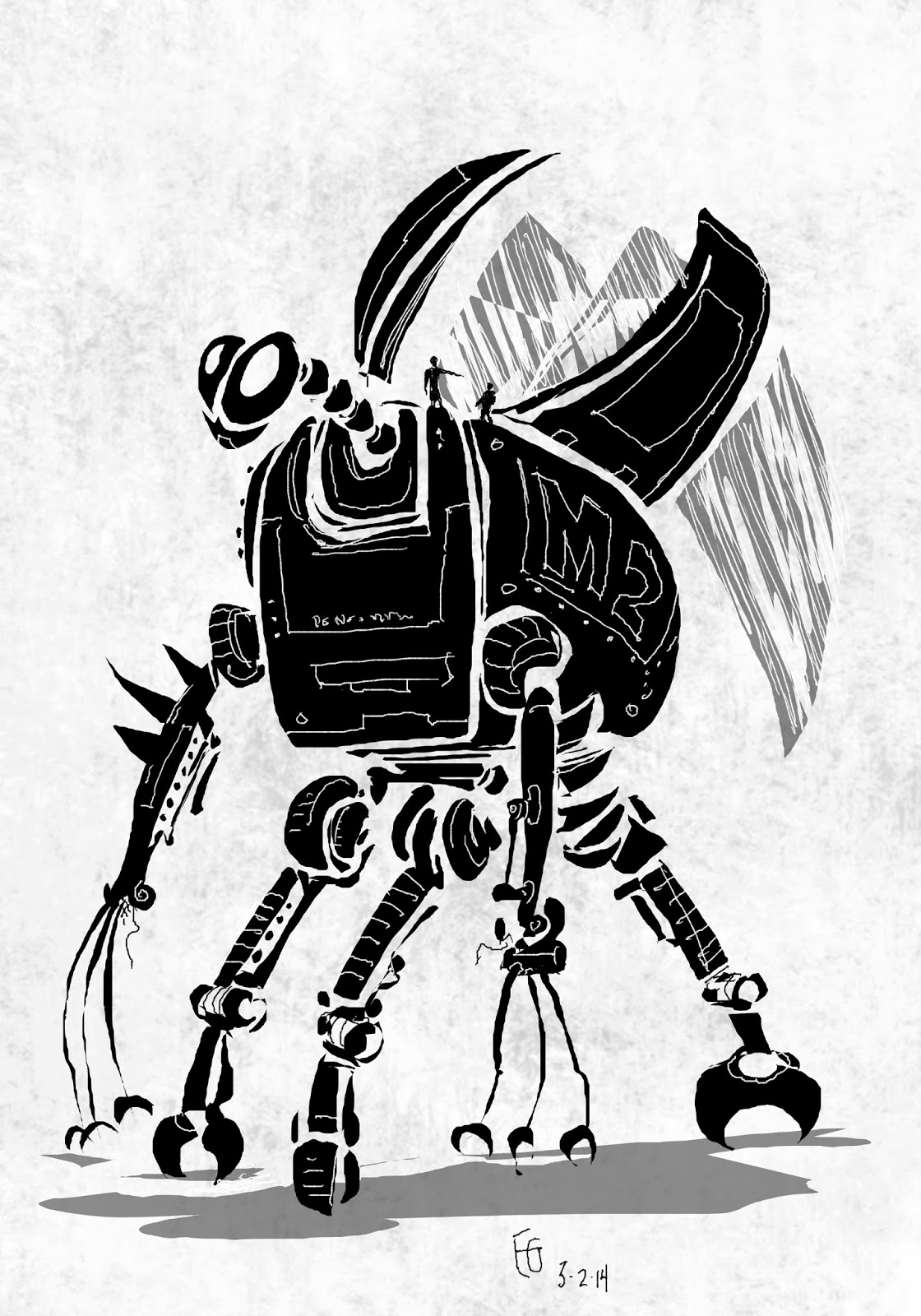 Using all photoshop for these.
Trying a lot of selection tool drawing directness. 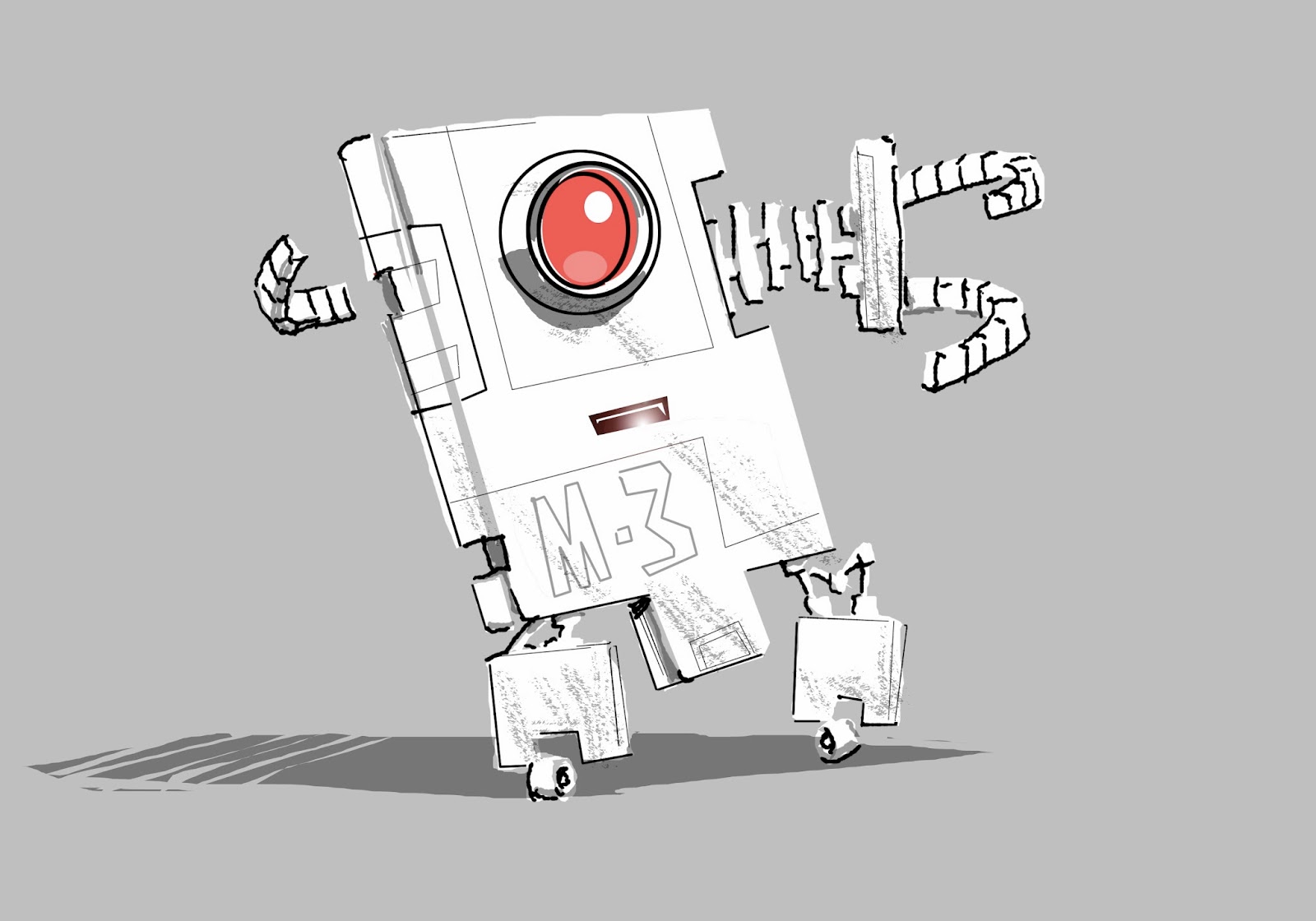 Number 3
Based on my Vado Thumbnail with a date with photoshop later this evening. Based on my misery with snow shoveling the past two days. 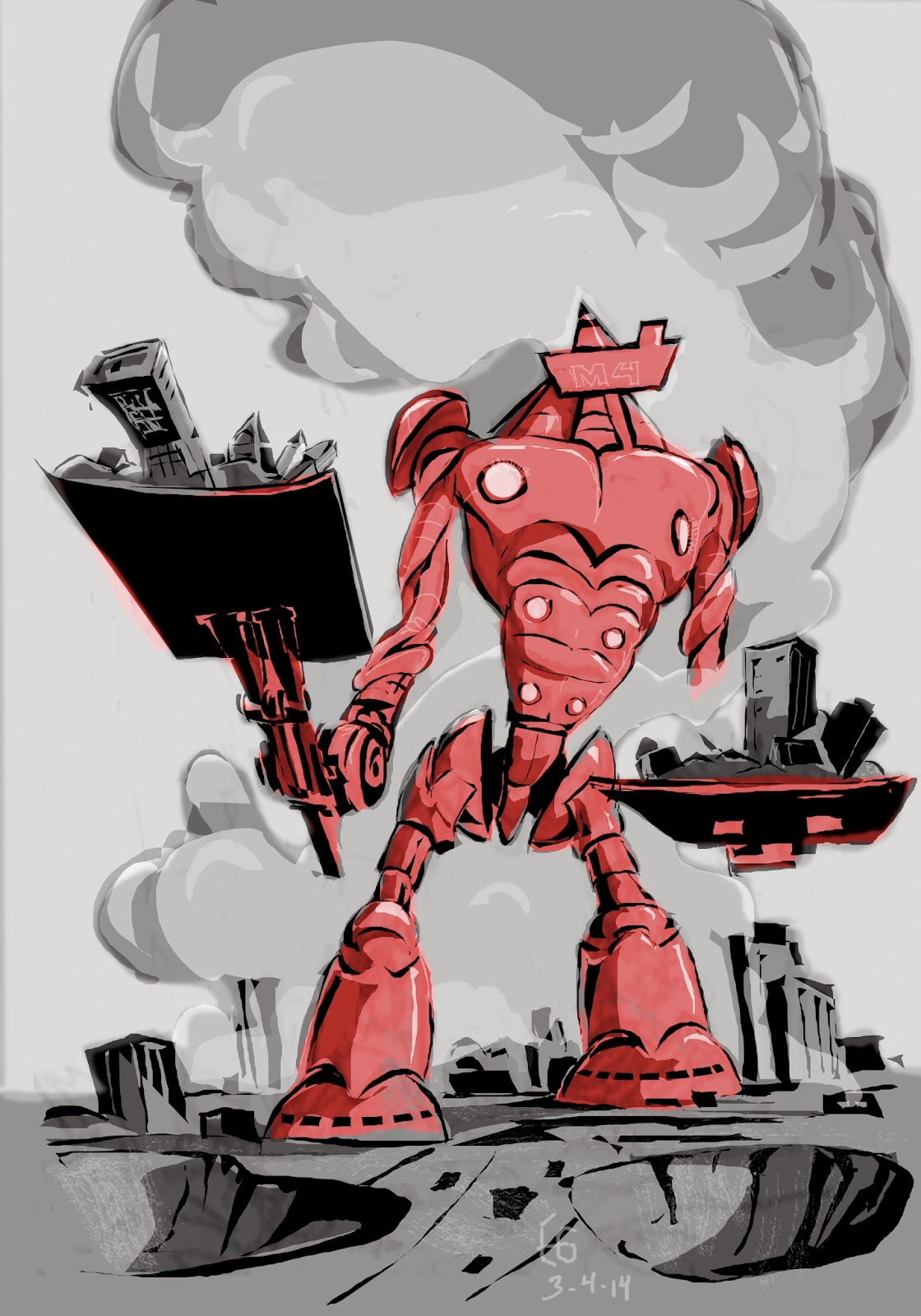 I'm having a great time drawing with the selection tool.
Right on top of my scrappy, thumbnails, leaving them behind as a whiff of texture.
I may be working on a look that's just right for me. 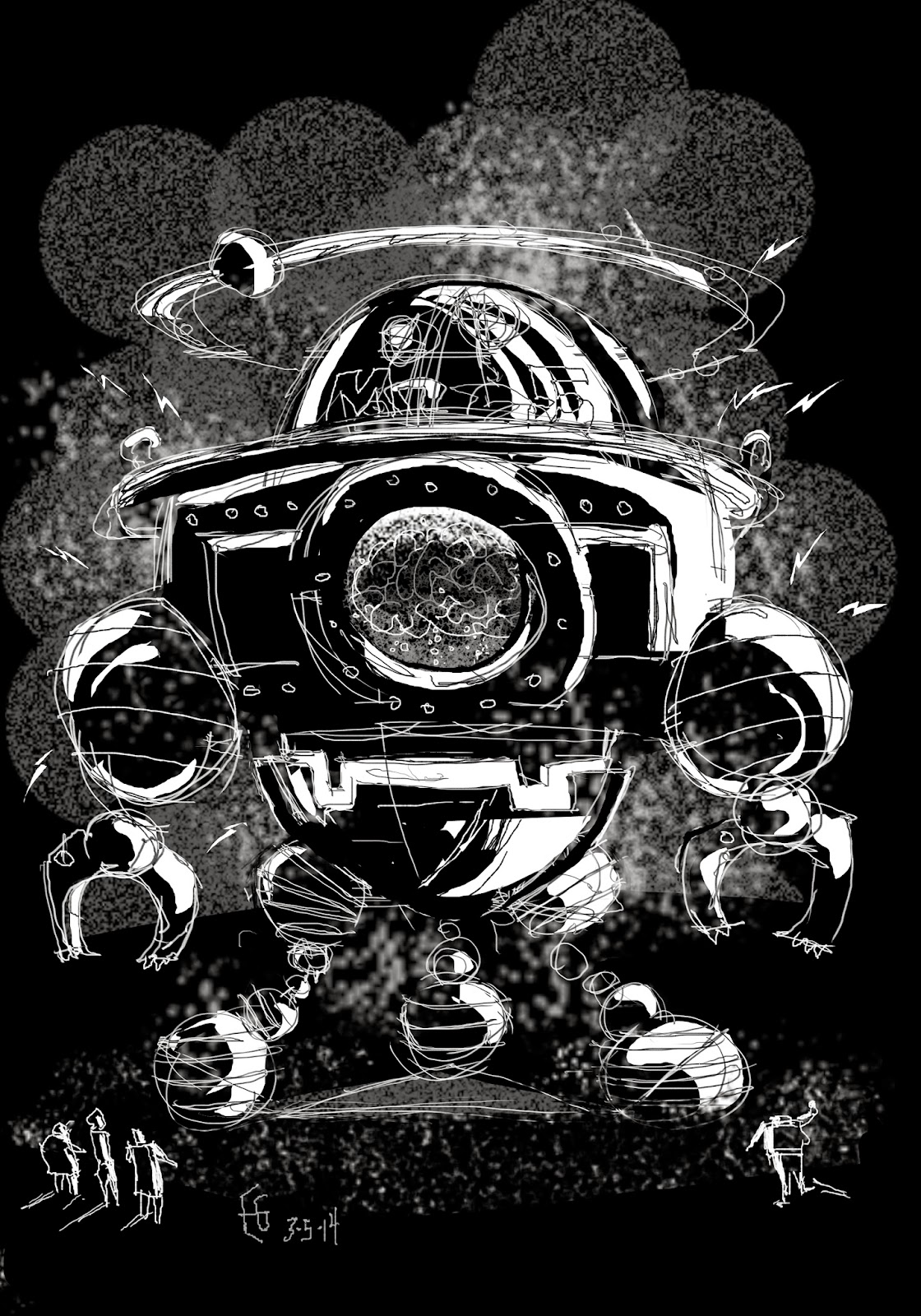 I had fun with this.
But it is a mess. Sometime later today I will illustrate the cattle mutilation mystery. 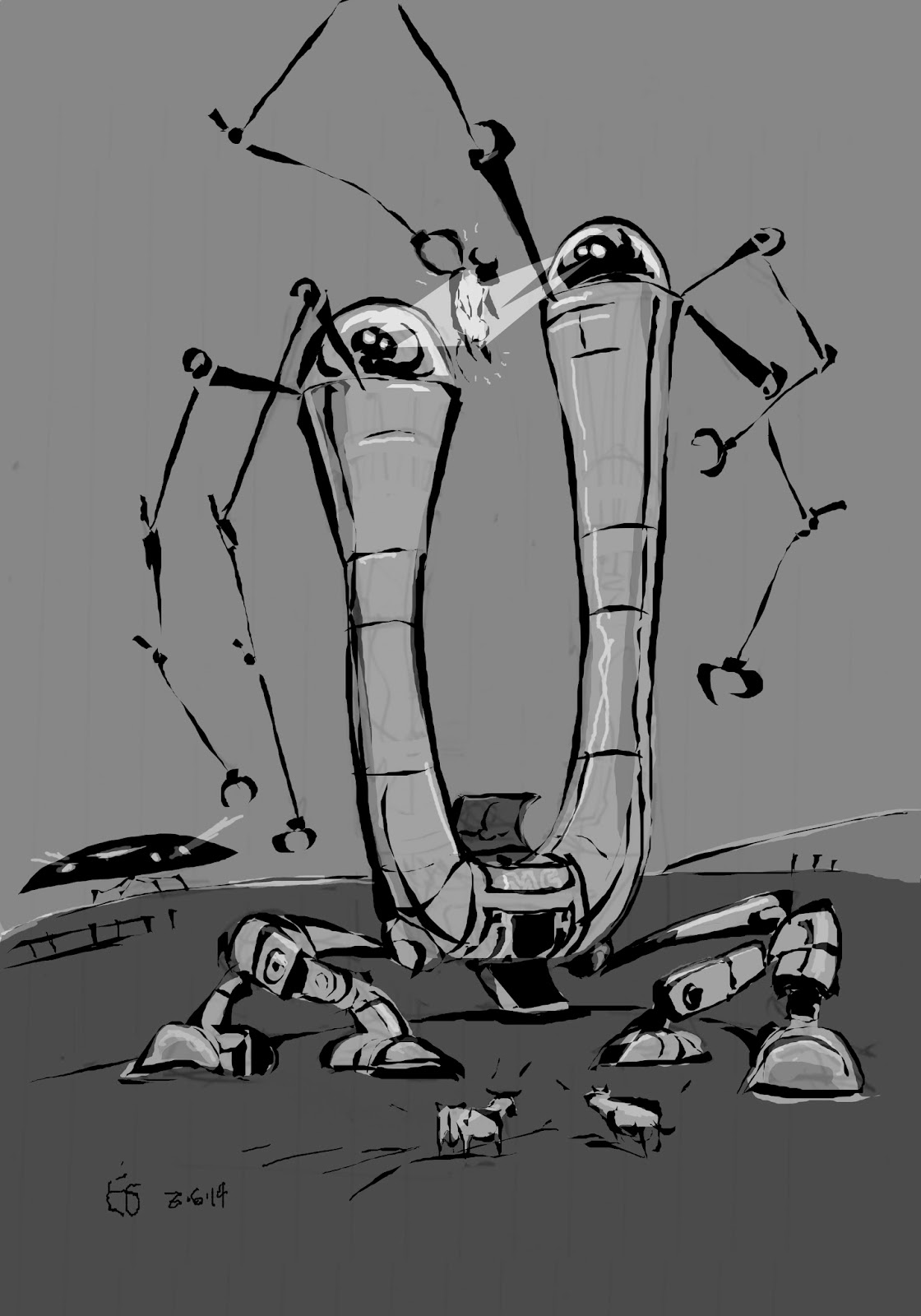 Selection tool drawing.
Did it quick. I wanted to get a jog in before going to work. Which is where I'm headed now March 7. It Conquered The World. And then had its eye put out with a blow torch 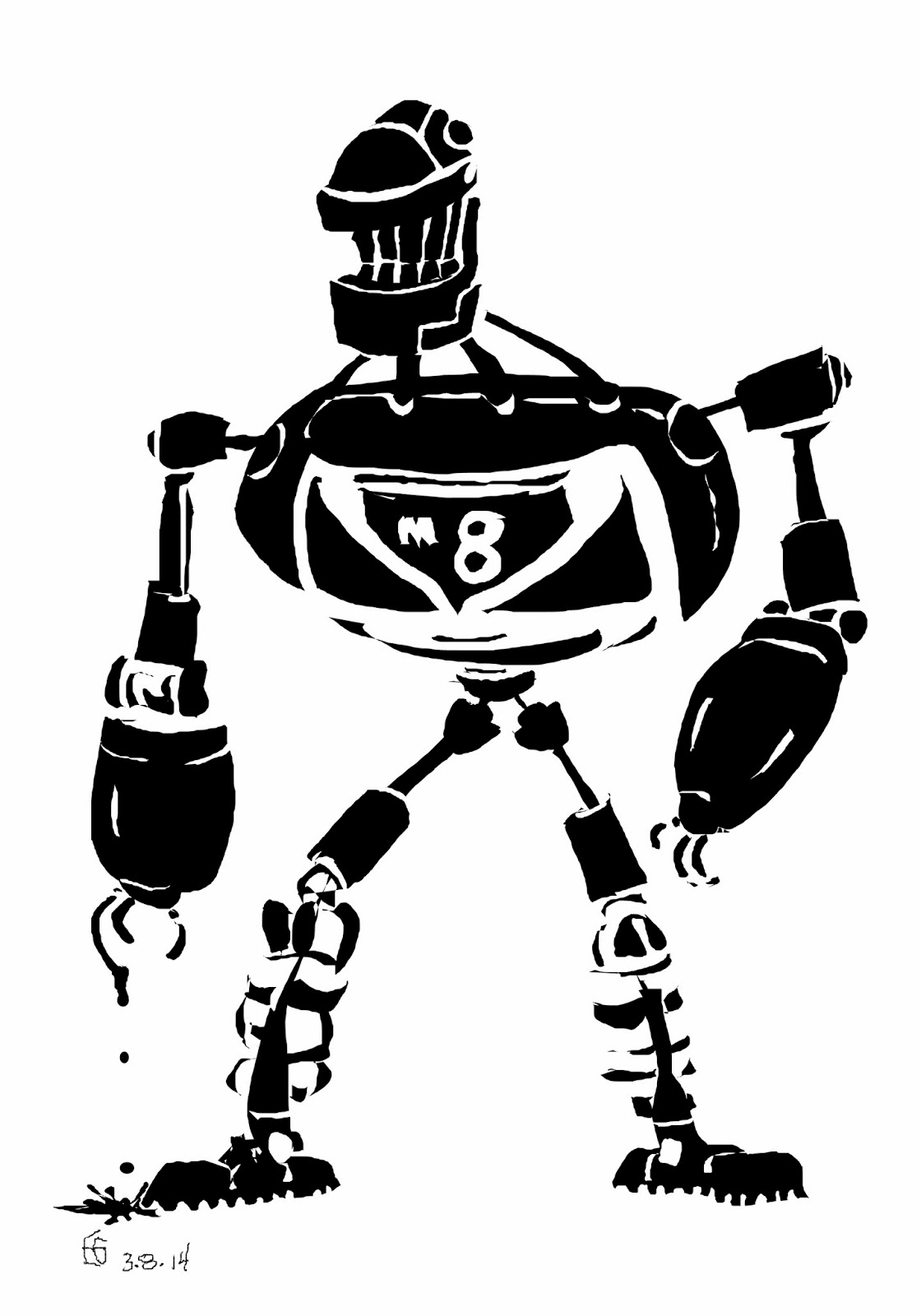 I'll start a new thread Tuesday. This is number 8.
I'll do 11 for the last March of The Robots thread entry
Posted by MrGoodson2 at 10:39 PM

Labels: march of the robots

I'm also going completely digital on these . Lots of drawing done with the selection tools.

Cool! Also, don't forget it's March Modok Madness month! Only requires 1 drawing, not a month's worth!

March Modok. Started twice. I'll do one this time.

El, these are hilarious! Very cool--and interesting that you're doing it all in PhoSho.

Yup, fun. And the naming sequence is a great idea!

Thanks guys. Having fun doing them. One good thing is the daily force march to photoshop

These look so good--the white on black n exclnt example of leveraging the technology without letting it get in the way. Really cool images!