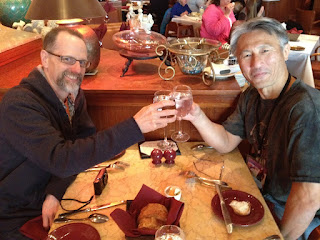 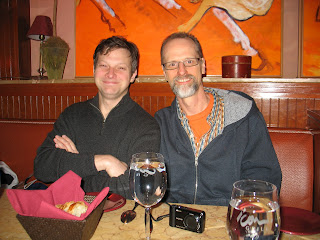 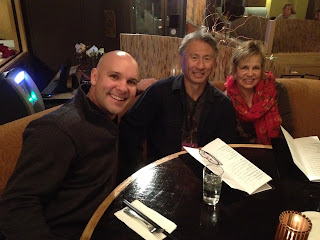 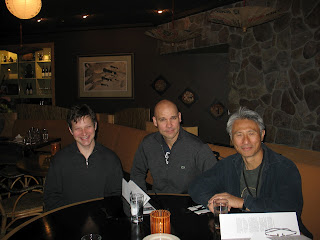 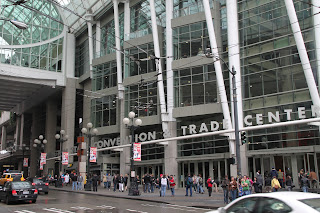 Hey Hey! Looks like good times. You've convinced me I need to grow my hair out Ronnie. New look on the way. Everyone else looks great. That convention center looks awesome. I started to finish something I've had pencils laying around for two years. Really dug my process last night. I must have been thinking about it so long that when I finally stepped off and started , it was cake.
WAIT- New Inking

It was so awesome seeing everyone again. Next year, we have got to get you up here, Ellis.

Tom, hope you don't mind me adding some of my photos to the mix.

Ronnie I don't mind The extra coverage. I need to get some HGH from Tom Moon. It obviously makes a difference.

Thanks for adding those Ronnie. Don't know why but the one of Marty, Patty and me won't enlarge when you click on it, and it doesn't appear on the list when you click on one of the other pictures. One of the peculiar Blogger bugs.

So, definitely one of the most fun Con experiences I've had. Got to see everybody + was able to walk 15 minutes to the Con + no standing in line at the door or in any of the restaurants we ate at. Great restaurants, great city, the weather was cold and rainy but a fun contrast to San Diego. Bud Plant was even there! Wish Scott had had a booth in Artists' Alley though.

Thanks for catching that link problem, Tom. Think I fixed it. While poking around through the HTML, I noticed the photo of you and Rick was kind of small, too. Fixed that as well. Everything should be kosher now.

Awesome! I posted my comments on the last post and didn't even see this!

I was doing my sexy look for that second photo....could you tell?

What's missing in that Trade Center shot? People dressed in goofy costumes. Interesting that it would be a completely different psychology at a similar to ComicCon get together. Permission hasn't yet been given to be a freak.

Not true--lots and lots of costumes filtering in as day went on--less over-the-top than S.D., but still very much a presence by the time I arrived.

Seattle has NO PROBLEM being freaky when it wants to be.

Thanks for the extra shots. Good stuff.