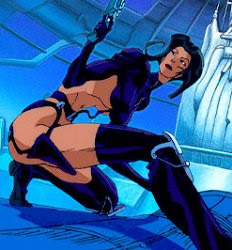 Pretty neat. I'm one of the few people who I think liked the 2nd Riddick movie. It had some terrific designs and had some Dune-ish influences.

I liked the second Riddick movie. The thing that dramatically separates from the first is the green screen world they allowed themselves in the second. For all the CGI and FX of the first. The people played their bit out in a practical landscape. It did make it feel like a different universe when so much of the Riddick 2 was provided by Matte painting and 3D environment.

The animated story was maybe even better than the movie. I need to watch that again.