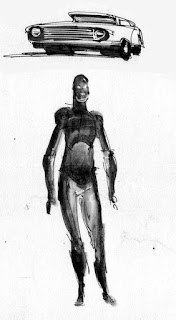 Just adding new images so people checking on the blog have new stuff to look at.
I'm going to work on a new iMovie cut of The Hobo's Bindle tonight. 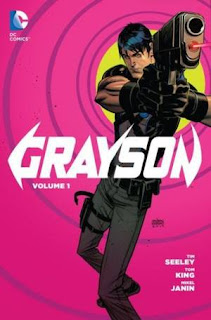 Artists for the series include Mikel Janin, Stephen Mooney, Guillermo Ortego and Juan Castro, with inks by Jonathan Glapion and colors by Jeromy Cox.   Andrew Robinson provides the cover for the collected edition.
People some Tagsters know.
I know Andrew and Jeremy.

GOOD LORD! CHOKE!
More Hobo's Bindle versions
I had to dive back in and do some slight changes. It’s still the same cut but better titles.
A little spruce here and there. But mainly the soundtrack is reattached to a higher rez version that got lost in some of my composite actions to get the other cut.
So this is higher rez and the export is done through iMovie. You might notice some of the “happy” accidents I get with sound.  Chris repeating “whatever “ as Dave walks off. That was me trying to patch a hole in the soundtrack.  Same with John saying“Any” during Chris’s reaction shot.
https://www.youtube.com/watch?v=BQoRSRPBD8w&feature=youtu.be
And as an extra bonus- what it would have looked like in color
https://www.youtube.com/watch?v=aZwLKYPVhbY&feature=youtu.be
But I’ll leave the original. It’s already had 74 views. Maybe people navigating to it will chance upon these better versions.
If I wanted to send someone to view it now, I’d send them the link to the new version.

Pumped up on the idea of movies vs comics. I think I want JOINED TOGETHER to be a motion comic. Why? Because I've always wanted to make movies. I'll still have to do all the art, but the extra kick is in doing sound-people willing to act- getting performances- edit tricks. Plus, I've been saying that's the job I want. I'll probably be doing that job when I'm 62 if I do just three of them.

Speaking of being 62- I've enrolled in Social Security for the perpetual welfare check. Woo-hoo! I still don't know how much it will be. And nobody knows how much longer that system will last until it collapses from within. I'll probably at least see the first check in October. And maybe another couple of years worth if I'm "lucky"

Sean Gunn has some solid comics/movies bona fides, which fits your comment, and your film brings this to mind:
https://www.youtube.com/watch?v=lzplodCcz7U

I like that Sean Gunn film. I'm going to do shorts and motion comics. Things that cost nothing and pay nothing. Just do some creative things. Maybe piece together about 5 tutorial films as well. Nothing over 3 minutes at a stretch.

I imagine that some aspect of the Toon Boom software makes that easy... I know they have some pretty great looking animatic/storyboard software.

That's nine more pull ups that I'm likely to be capable of!

Oh, and I know Jeremy, too.

Elz! I like the trims! And the sketches, as always, are swell.

It's great you are inspired to make "motion comics," but I have to tell ya I wouldn't mind just seeing more comics work!

I had lunch today with the formidable (and well nigh invincible) Tom Moon ("The Gamma-Ray Atlantean"). We brought along the missuses, but yakked comix anyways, and I have almost, ALMOST got him committed to joining our funny/creepy horror anthology, "The Gorgon" (or whatever we choose to name it). But if we're gonna do this thing, we so very badly need your story "The Dummy." I'm doing at least one, maybe two stories. Rick Schmitz is doing something (whether he knows it yet or not), and Ben Montag will have to do something because I've seen the way he draws Modok, and that sh!z is the definition of scary/funny!!

Tom is thinking up a story...think of them all together. It will be glorious!

How big are you working for the Gorgon?

I was going to crank on Joined Together aka The Dummy. I've got 5 days off and no freelance.

I'll use my MsValkyrie learning experience for going from super roughs to finished inks.

Elz, we'll do it standard size, I guess?? Whatever that is??

I'd kinda like the finished book to be more like magazine size--bigger art is better art, I always say.

What do you think?

And oh, yeah--I told Ranjo he has to do a piece. I think he's almost on-board.

Yes, Patty, Marty, Blair and I had a great comic-talk lunch. Immediately afterwards I felt inspired to do something for the funny/creepy horror anthology, "The Gorgon".

I just have to hope that my subconscious cooperates and that mental blocks stay away. That's the thing about not being a "professional" comics creator. You feel free to indulge your creative whims.

"Ho-hum, I just don't feel like working on it today. To heck with deadlines and artistic constraints. I'm just going to do whatever I want, whenever I want."

I just downloaded a tumblr piece of art with the blue line dimensions on it. I'll blow that up and use it to make my PSD file size.
It would be awesome to be in a comic book with Ranjo, Davis, Moon, Schmitz...and whoever in the group wants to go into Crypt Keeper mode.